International Roma Day is observed annually on April 8, commemorating the anniversary of the1971 London meeting of Romani activists from across Europe.

The 1971 London meeting, convened as the "World Romani Congress," was one of the first transnational gatherings of Roma.  Since 1990, International Roma Day has been an opportunity to celebrate Romani culture and counter anti-Roma prejudice that fosters political and economic marginalization.

Roma live throughout all European countries as well as the Americas and Australasia. In Europe, the Roma population is very conservatively estimated at 15 million, with large concentrations in Central, Eastern, and Southern Europe.

Roma have migrated to the United States since the colonial period. There are an estimated one million Americans with some Romani roots (recent or distant Romani ancestry).  Roma live throughout the United States, with larger communities in New York City, Baltimore, Chicago, and Los Angeles. They are sometimes the victims of racial profiling by law enforcement.  The last explicitly anti-Roma law in the United States was repealed in New Jersey in 1998.

Romani Americans have served as public members on the U.S. delegation to several OSCE human dimension meetings.  In 2016, the President appointed Dr. Ethel Brooks to serve on the U.S. Holocaust Memorial Museum Council, bringing a Romani voice to that body.

The Commission has long record of addressing human rights issues relating to Roma. 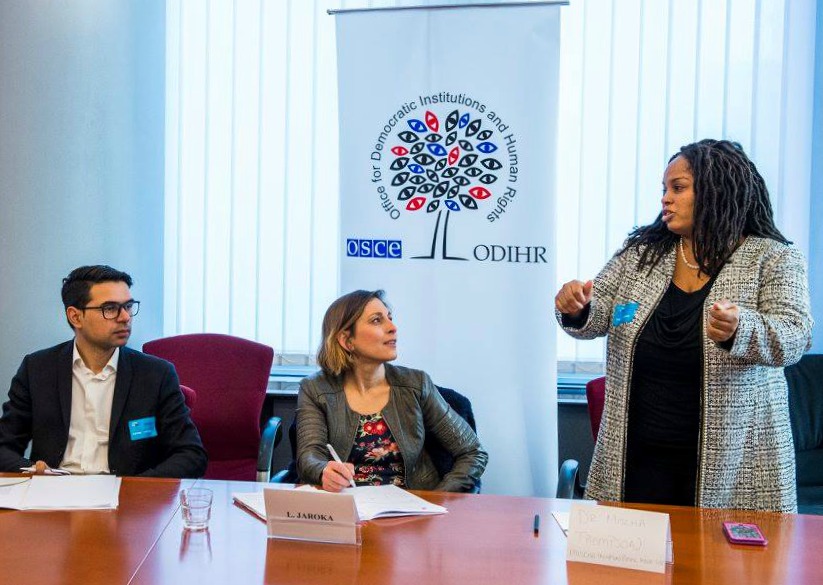 As early as 1990, a Helsinki Commission delegation in Bucharest raised alarm orchestrated attacks on Roma conducted as part of a larger crackdown on dissent.

Helsinki Commissioners have continued to engage regarding the situation of Roma through hearings, briefings, and congressional meetings with Roma in Europe and the United States.  In recent years, the Commission has supported Romani inclusion in annual initiatives for political leaders such as the Transatlantic Minority Political Leadership Conference (TMPLC) and Transatlantic Inclusion Leaders Network (TILN).

On March 27-28, the Commission worked in cooperation with the OSCE Office for Democratic Institutions and Human Rights to hold a workshop during “Roma Week” at the European Parliament in Brussels titled, “Strengthening diverse leadership, participation and representation of Roma, including women and youth, in public and political life.”

Harvard will host its fifth Annual Roma conference on April 10, where Helsinki Commission staff will participate. Scholars of Romani culture and Roma who work as academics, activists, and performers will convene a conference at New York University April 28-29. Later in the spring, on May 6, the 20th Annual Herdeljezi Music Festival will be held in the San Francisco area at the Croatian American Cultural Center.

In the Washington area, the Embassy of the Czech Republic supported a March 30 screening of the documentary about the prejudice faced by the FC Roma football club. On May 17, the Czech Embassy will support a concert at the national Gallery of Art by Romani-Czech pianist Tomas Kaco.